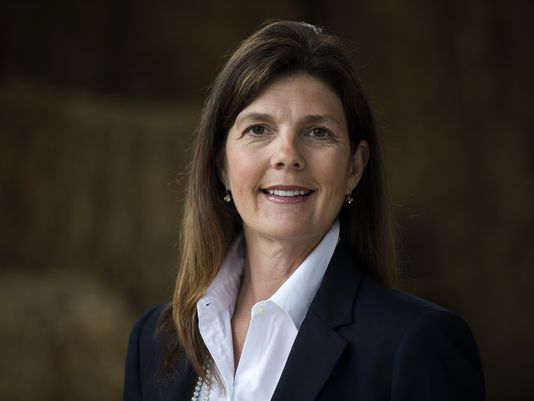 Horses and math were already on the list of things that two Upstate women entrepreneurs have in common.

Just this month, a national nonprofit organization and a global services company gave Debbie Gentry and Pamela Evette one more thing to add to their list of commonalities.

The companies owned by Gentry and Evette were both named in the 10th annual ranking of the top 50 Fastest-Growing Women-Owned/Led Companies.

The ranking co-sponsored by the Women Presidents Organization (WPO) and American Express ranking includes privately held, women-owned/led companies worldwide that have reached an annual revenue of at least $500,000 of as January 2012.

Companies were ranked according to a sales growth formula that combines percentage and absolute growth, a WPO statement said.

Brittany Lee, controller at CRS, began working at CRS in 2015. Gentry is not just Lee’s boss, she’s her mentor.

“In the short time I’ve been here I’ve seen the accomplishments. I’ve also seen the struggles,” Lee said. “ “It’s not one of those things where ‘I’ve reached the top 10 for fastest growing (women-owned companies) and I don’t care anymore.’ She continuously gives it her all. I can;t wait to see what else is in store. I’m super excited.”

“She has taken me under her wing and taught me things about the industry from a financial aspect that I didn’t know,” Lee said

The firm, which provides payroll and benefits administration, human resources and other services, increased its gross revenue from $906 million in 2014 to more than $1 billion last year, the spokesperson said.

Jenny Smith, controller at QBS, said what she admires most about Evette is that she has “completely built this business from scratch all while being a dedicated wife and mom.”

“As a new mom, I find that so inspiring. Even today, Pamela is engaged in the business while empowering her employees to execute the day-to-day functions of the company,” Smith said.

The firms owned by Gentry and Evette were the only South Carolina-based companies in the top 50 ranking.

Continue reading the rest of the article by clicking on one of the options below.

For a PDF of the full article, click here.